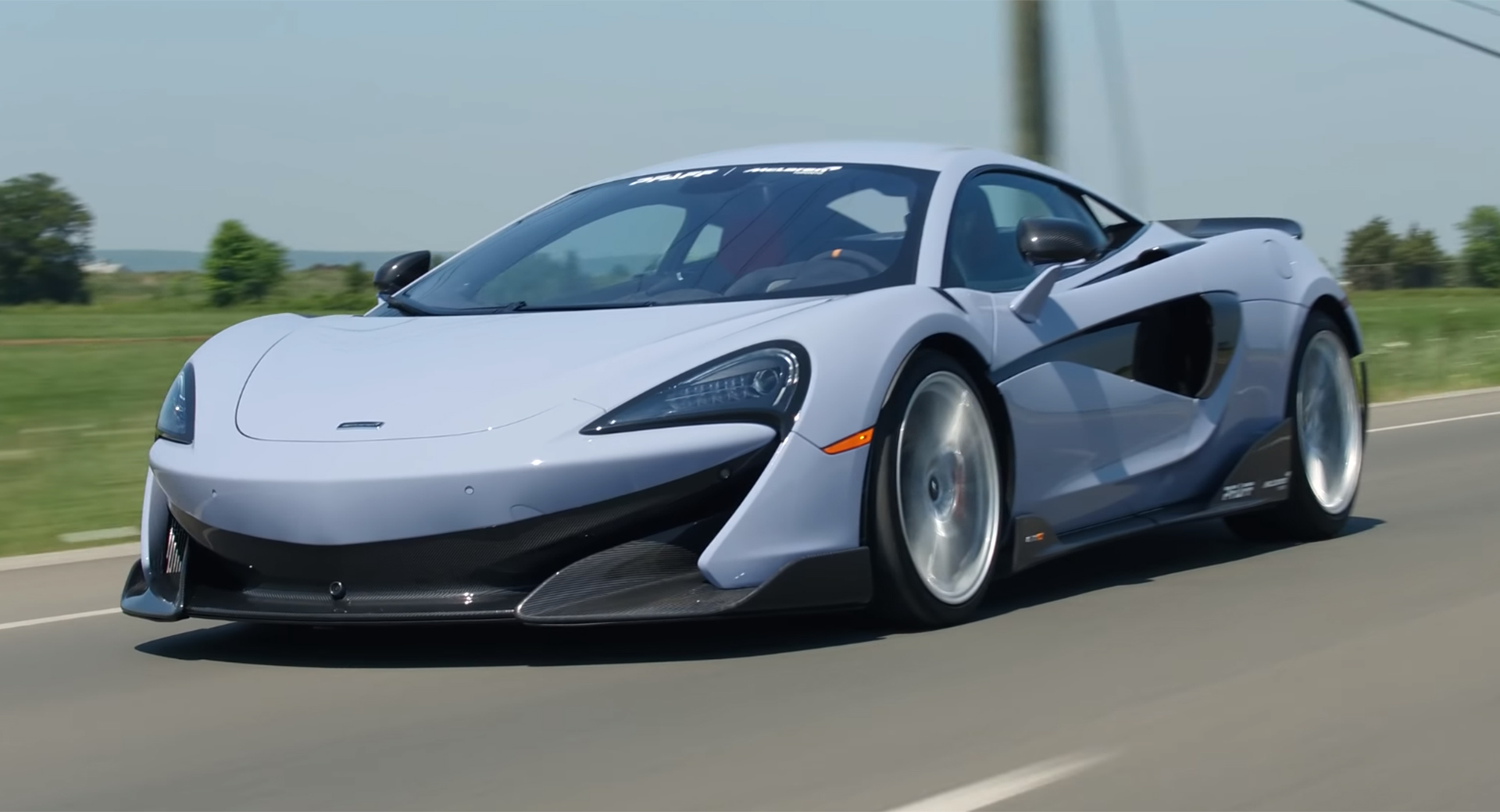 McLaren’s range of models consists of the Sports Series, Super Series, and Ultimate Series (as well as the out-of-place GT). With this in mind, one could be excused for thinking the 600LT, which sits in that ‘entry-level’ Sports Series, would be a bit of a softy. And they would be wrong.

Ever since being unveiled, the McLaren 600LT has won over car enthusiasts and journalists alike. The guys over at The Straight Pipes recently had the opportunity to put it through its paces and for those that won’t ever get the chance to drive it, this review gives us a good idea of what it is like to be behind its wheel.

Speaking of the cabin, it is a very special place to sit. Immediately making it stand out from most of its competition are race-inspired carbon fiber seats, lifted directly out of the track-focused McLaren Senna. Also found inside are a bunch of Alcantara accents and a plethora of matte carbon fiber.

Then there is the exterior. Various aerodynamic upgrades have been made over the 570S; for example, there are revised front and rear fascias dominated by carbon fiber, unique side skirts, distinctive wheels and a large fixed rear wing. Then there is the pièce de résistance: the top-mounted exhausts which spit flames.

How One Automotive Company is Paying It Forward
Car dealers to run out of new cars by July. What this means for you?
Jaguar Land Rover’s cost-cutting target swells to $3.3 billion
4 more years of Trump-China clashes, or will the tone shift?
Jaguar Land Rover loses court battle over Defender trademark
UK Grid Planning For 30 Million EVs by 2040
Ferrari cuts full-year guidance after revenues fall in Q2