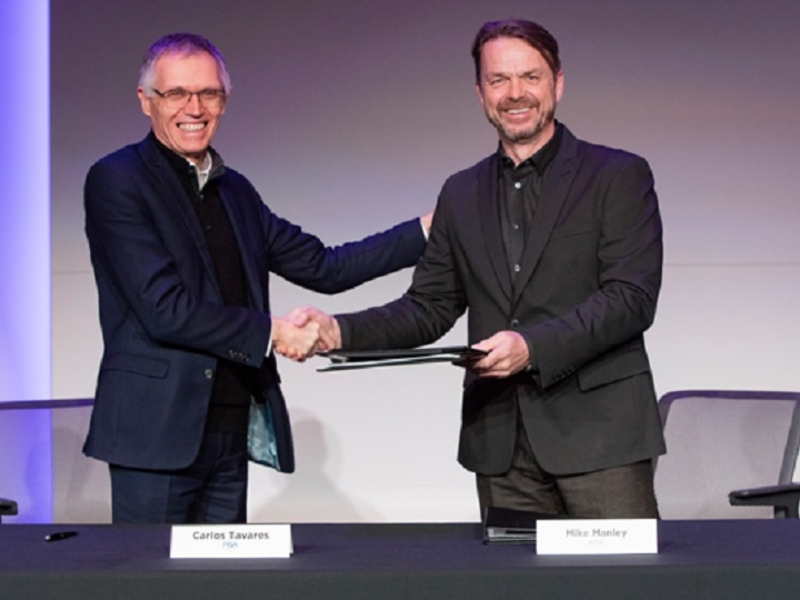 The COVID-19 pandemic may have reinforced the industrial logic of the merger between PSA Group and Fiat Chrysler Automobiles, but it has also made the original financial terms of the agreement unsustainable.

In what was presented as a pragmatic move, the two automakers on Monday announced a revision of those terms “to address the liquidity impact on the automotive industry” of the coronavirus crisis.

The two companies had already tightened the belt for their respective shareholders in spring, when they canceled a 1.1 billion euro dividend for each side, related to 2019 profits, to preserve cash after virus lockdowns halted industrial and commercial operations almost everywhere, and incoming cash flow crashed to a halt.

The original combination agreement agreed to in December 2019 called for FCA shareholders to receive a 5.5 billion euro ($6.5 billion) dividend in cash ahead of the merger completion; while PSA was to distribute to its shareholders its 46 percent stake in parts supplier Faurecia, which had a market cap on Monday of 5.9 billion euros.

Under the revisions announced Monday, FCA shareholders will receive a 2.9 billion euro cash dividend ahead of the closing, which is expected to happen in the first quarter of 2021 — a 47 percent cut from their original payout. The Faurecia stake will now be evenly distributed to FCA and PSA shareholders.

The immediate net result is that the newly created company, to be called Stellantis, will start operations with a balance sheet stronger by 2.6 billion euros, a cost borne by FCA shareholders.

But there are other changes in the revised agreement that will allow FCA shareholders to recuperate a significant part – around 1.875 billion euros — of that 2.6 billion euro hit:

Thus, in this best-case scenario FCA shareholders will get a total of 4.75 billion euros, 14 percent less than the previously agreed-to 5.5 billion euros. In the worst case, the 500 million-euro cash distribution (pre- or post-merger) could be canceled because of deteriorating company or market conditions, two factors that could also negatively affect the value of the Faurecia stake.

Under the new terms, PSA shareholders are losing a higher percentage of their potential payout. Instead of receiving all of the group’s 46 percent stake in Faurecia ahead of the merger, which was worth 2.7 billion euros at Monday’s market closing, they will get just half (1.35 billion euros) of the Faurecia stake after the merger.

But they, too, have a best-case scenario, in which that loss would be mitigated by the planned 500 million euro cash distribution, giving them a total of 1.85 billion euros, 31 percent less than in the original combination agreement. As for the FCA shareholders, there remains a risk that the payout will be canceled.

So the pain is being shared by both automakers’ shareholders, although not totally equally. FCA shareholders stand to receive a reduced amount of cash upfront (2.9 billion euros instead of 5.5 billion euros) while the remaining 1.875 billion euros could come months after the closing and could be reduced by worsening market and company conditions at FCA, Stellantis and Faurecia.

Without a guaranteed payout, PSA shareholders face a potentially more volatile situation. Their Faurecia stake is variable according to the supplier’s financial position; and their 500 million cash distribution is subject to PSA’s and FCA’s performance between now and the merger closing.