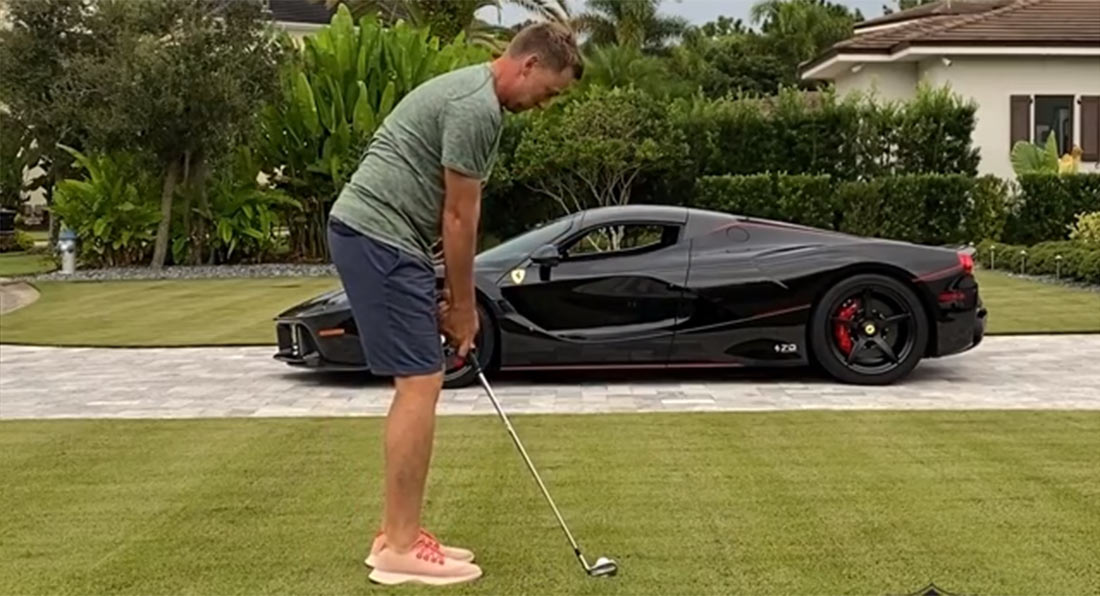 Professional golfer Ian Poulter isn’t just extremely talented with a golf club. He is also a prolific car collector owning a number of remarkable rides, including each of Ferrari’s five halo supercars and hypercars.

In a new Instagram post, he used a black LaFerrari Aperta, one of just 201 examples produced for Ferrari’s most loyal customers, to show us just how skilled he is. Used LaFerrari Aperta models are thought to be worth over $5 million nowadays, but that clearly doesn’t dissuade Poulter from chipping a golf ball through the Italian hypercar’s open windows.

In a separate post, Poulter repeats the stunt with his Mercedes-AMG GT 63 S which, although much cheaper than the Ferrari, is still a very expensive car.

Poulter’s car collection is truly extraordinary and, in addition to the LaFerrari Aperta, includes a LaFerrari Coupe, a Ferrari Enzo, a 550 Barchetta, a Testarossa, a 275, a matte black Ford GT, a Bugatti Veyron, a 288 GTO, a unique 458 Speciale Aperta created through the automaker’s Tailor Made program, an F12tdf, an F40, an F50, and more.

Much like its hardtop brother, the LaFerrari Aperta is powered by a 6.3-liter naturally aspirated V12 that works alongside an electric motor and a KERS system to pump out 950 hp through the rear wheels via a seven-speed dual-clutch transmission.