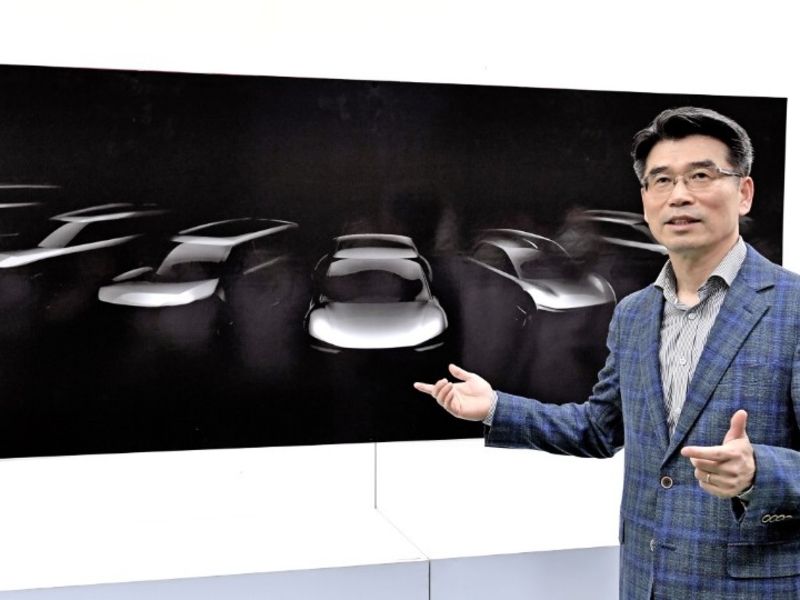 TOKYO — Kia will launch its first dedicated electric vehicle next year as part of a new seven-model EV-only lineup it will roll out across several segments through 2027.

The dedicated EV will be code-named CV and be delivered to worldwide starting next year, Kia said in a news release on Wednesday.

Unlike Kia’s Soul EV, which was an electrified version of an existing gasoline-powered nameplate, the new entry will be electric-only. It will be built on a new Electric-Global Modular Platform, or E-GMP, which Kia said will have the best-in-class interior space.

Kia’s new EV strategy is part of a push to derive 25 percent of its global sales from EVs by 2029. The strategy was outlined by Kia CEO Ho Sung Song at the automaker’s Hwasung plant in South Korea.

The plan comes just a month after sibling brand Hyundai announced plans to introduce a global battery-electric brand under the Ioniq name. It is all part of the Hyundai Motor Group’s effort to sell 1 million electric vehicles worldwide by 2025. In that period, the group wants to be a market leader with a 10 percent global share in the EV segment.

”Kia is planning to respond to market demands by offering diversified product types, with a range of models suitable for urban centers, long-range journeys, and performance driving,” the company said.

By 2025, Kia wants to get 20 percent of its sales from EVs in developed markets such as North America, Europe and South Korea. By 2029, Kia wants EVs to generate a quarter of its worldwide sales.

Kia has sold more than 100,000 electric vehicles, since introducing its first, the Ray EV, in 2011. That boxlike minicar also came in a gasoline-engine version.

The shift to EVs is part of Kia’s Plan S business plan introduced in January. It prioritizes a long-term strategy for electrifying the product lineup and branching into new mobility businesses.

As part of the campaign, Kia said it will explore the creation of new subscription services for EVs, EV battery leasing and rental programs and battery “second-life” businesses. It also aims to expand the worldwide number of electric vehicle work bays at after-service locations.

Outside South Korea, it wants to open 600 EV work bays this year and expand the total to 2,000 by 2023. It will also develop new programs from training service personnel in EV maintenance.

The automaker also wants to expand the charging infrastructure. Outside South Korea, it will set up more than 2,400 chargers in Europe and some 500 in North America by partnering with its local dealers.