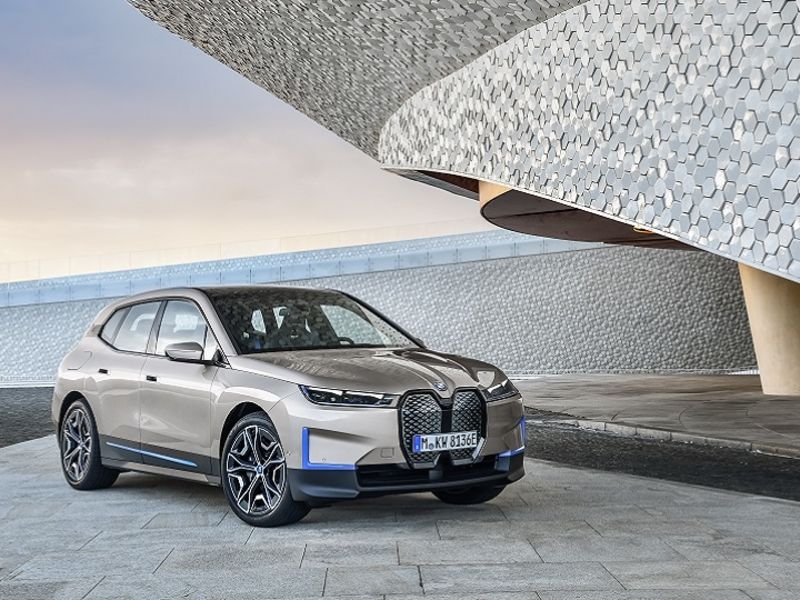 MUNICH — BMW on Wednesday unveiled the iX, a full-electric car that will be the automaker’s new technology flagship.

The 500-hp SUV is powered by two electric motors that drive all four wheels.

It uses the new fifth-generation version of BMW’s electric drive system and can accelerate from 0 to 100 kph (62 mph) in under 5 seconds, BMW said.

The battery can be charged to 80 percent of its full capacity in under 40 minutes.

The iX will compete against the Tesla Model X, Ford Mach-E, Audi e-tron quattro and Mercedes-Benz EQC. It will go into production at BMW’s plant in Dingolfing, Germany, from the second half of 2021.

The iX is being launched as German automakers scramble to catch up with Tesla’s EV lead.

It will go into production seven years after BMW began making the i3 hatchback. At that time, Tesla was just getting the Model S off the ground, and Volkswagen was still marketing millions of illegal engines as “clean” diesels.

The tables have turned since then. Tesla has run away with electric-vehicle sales leadership, and VW has emerged from its emissions scandal with plans to become the global leader in EV sales with models based on its MEB platform.

BMW has been less committed to battery-only models, instead introducing an array of plug-in hybrids.

The perception that BMW missed the boat with regard to EVs has been costly. Its shares are down more than 40 percent from their peak in 2015, valuing the company at about 45 billion euros ($53 billion). At $389 billion, Tesla’s market capitalization is more than seven times richer.

The iX, which BMW showed as the iNext concept in 2018, is expected to go on sale in Europe for at least 75,000 euros, a price point that portends niche sales volume relative to the half a million vehicles Tesla expects to deliver worldwide this year.

VW is similarly aiming for more of a mass market with its lower-priced ID3 hatchback and ID4 crossover.

Bloomberg and Reuters contributed to this report

Ride1Up announces lowest-cost 28 MPH Brose mid-drive e-bikes yet
Millionaire’s Sci-Fi Garage With $30 Million Supercar Collection Is Out Of This World
Spotlight will find low-key Tavares as he takes over new empire at Stellantis
You can now buy a Porsche Taycan in the US for under $80,000
Volkswagen ends Golf production for U.S. to make way for electric ID. series