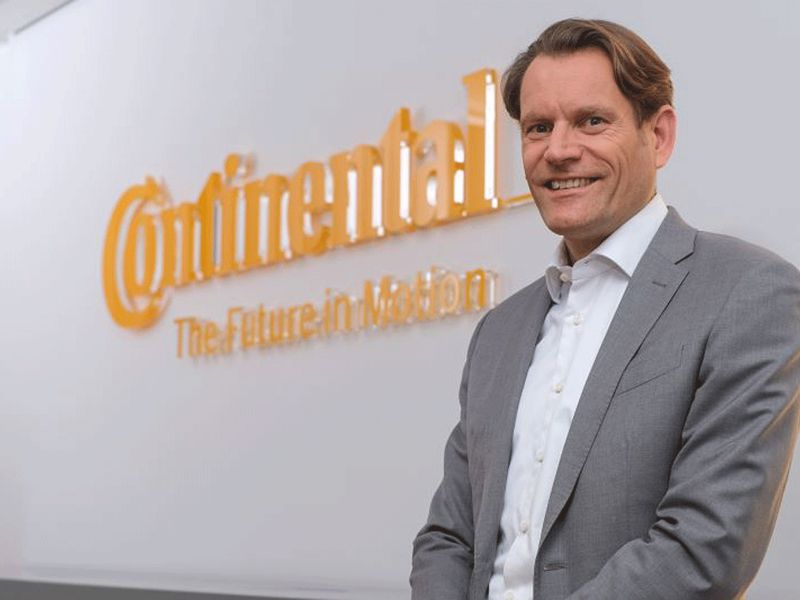 Setzer, 49, will replace Elmar Degenhart, 61, who is stepping down on Nov. 30 for health reasons, the company said in a statement on Thursday.

Setzer had been seen as Degenhart’s successor, having worked for Continental his entire professional life.

From 2009 he led the passenger car division, joining the board of management. He previously led the company’s high-margin tire division. He joined the tire-development operations in 1997 after studying mechanical engineering and economies in Germany and France.

In 2019, Setzer became spokesman for the newly created Automotive Board, which is tasked with profiting from the transformation of the automotive industry as it transitions from combustion engined toward electric and autonomous vehicles.

On Wednesday, Continental warned of further restructuring expenses in the fourth quarter which will impact net income, but said it expected a positive free cashflow for 2020 even after the COVID-19 pandemic hit demand.

Setzer will have no time to waste putting his experience running the company’s two key divisions to work. Continental is in the midst of a cost-cutting drive affecting as many as 30,000 jobs.

Investors are concerned Continental hasn’t been nimble enough to keep up with the industry’s tectonic shift toward electric and self-driving vehicles.

Continental’s stock surged to an all-time high in January 2018 after the company confirmed a Bloomberg News report that it was considering options to streamline its structure. Management has made little progress since then with their review, contributing to the erasure of almost two-thirds of its market value.

Continental may spin off its Vitesco powertrain unit next year if markets continue to recover, CFO Wolfgang Schaefer said in a phone interview Wednesday. The manufacturer shelved those plans in April after the pandemic decimated production. It initially pursued a partial initial public offering.

The company plans to update investors next month on its strategy in areas from automated driving to high-performance computers for electric cars, Schaefer said. He declined to comment on a possible sale of the turbocharger business, but said in a Bloomberg Television interview that divestments are possible in the next 12 months.

Continental ranks No. 4 on the Automotive News list of the top 100 global suppliers with worldwide sales to automakers of $35.3 billion during its 2019 fiscal year.

Reuters and Bloomberg contributed to this report.