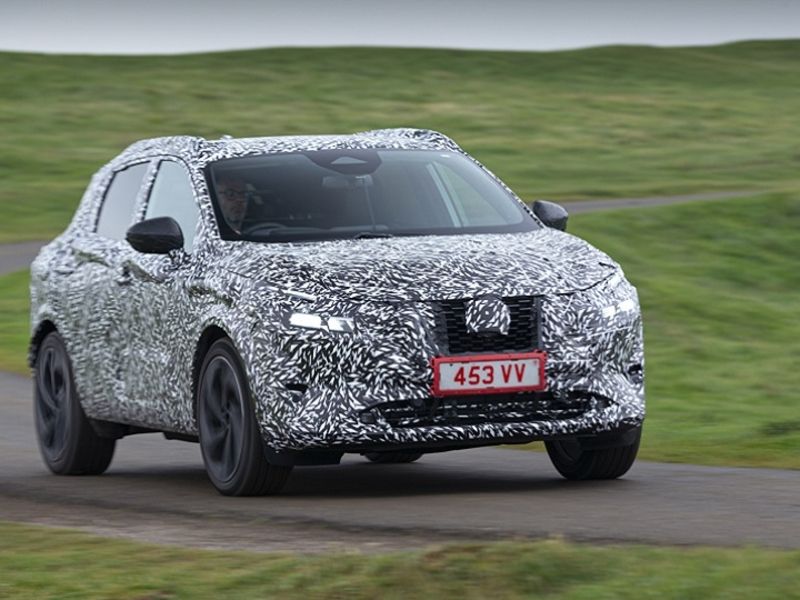 Nissan has revealed the unveiling date for its delayed new-generation Qashqai compact SUV, the automaker’s best-selling model in Europe.

Final preparations are well underway for the introduction of the third-generation Qashqai next spring, ahead of its sales launch later in 2021, Nissan said in a statement on Friday.

The replacement for the current Qashqai, which has been on sale since 2014, was due to be unveiled in September but reports at the time said Nissan had delayed its production start by six months, largely due to setbacks caused by the coronavirus epidemic.

The future of the Qashqai had been subject to speculation after Nissan cast doubt on the future of the model’s production plant in Sunderland, England, because of the UK’s uncertain Brexit plans.

Nissan had confirmed the model for Sunderland in 2016 but had warned it could reverse the decision if tariffs were imposed on exports from the UK to the European Union. Nissan said in June this year that the plant would be “unsustainable” if Britain leaves the EU’s single market without a trade deal.

On Friday, Nissan confirmed that the new Qashqai would be available with the company’s E-power hybrid drivetrain that has proved popular in Japan. The technology reduces fuel consumption by using a small gasoline engine to act as a range extender to charge a battery.

The Qashqai E-power model will have a power output of 188 hp, Nissan said, without revealing more details of the drivetrain.

The E-power version of the Nissan Kicks small SUV that was recently launched in Japan uses a 1.2-liter, three-cylinder engine, but the Qashqai could use a bigger engine.

The addition of the hybrid would give Nissan greater ability to fight back against key rival Toyota. About 90 percent of European sales of Toyota’s CH-R compact SUV are hybrid versions.

The new Qashqai will also be sold with a 1.3-liter turbocharged gasoline drivetrain with 12-volt mild-hybrid assistance and offered in two power outputs. The current diesel drivetrains will be dropped, Nissan said.

The new Qashqai will be built on a heavily updated version of the Renault-Nissan Alliance CMF-C platform, also called CMF-C/D. Nissan said it will be the first time this updated platform has been used for an alliance model sold in Europe.

The updated platform was first used on the new Rogue midsize SUV sold in the U.S. and the Sylphy sedan sold in China.

Changes have been made to the platform’s structure, steering, suspension and electrical architecture, compared to the current CMF-C/D, “to the point that it’s significantly different than the previous one,” a Nissan spokesman said.

The platform uses double the amount of hot-formed ultra-high-strength steel compared to the platform used on the current Qashqai.

The use of the lighter steel  helped reduce the weight of the body-in-white by 60 kg (132 pounds) and made it 41 percent stiffer than the one used by the current model, Nissan said.

The new platform allowed Nissan to increase the size of the Qashqai, which is 35mm (1.3 inches) longer than the current car. It’s also 32mm wider, 25mm taller and the trunk space grows by 50 liters, Nissan said.

The Qashqai will be available in two-wheel-drive and four-wheel-drive versions with two separate rear suspension set-ups for each.

The Qashqai will also be available with driver-assistance technology marketed as ProPilot that has adaptive cruise control and lane centering, and can steer the vehicle in slow-moving traffic. It can also bring the car to stop.

The SUV’s technology will also be able to read road signs and cross reference those on the satellite navigation mapping to slow the car to appropriate speed limits.