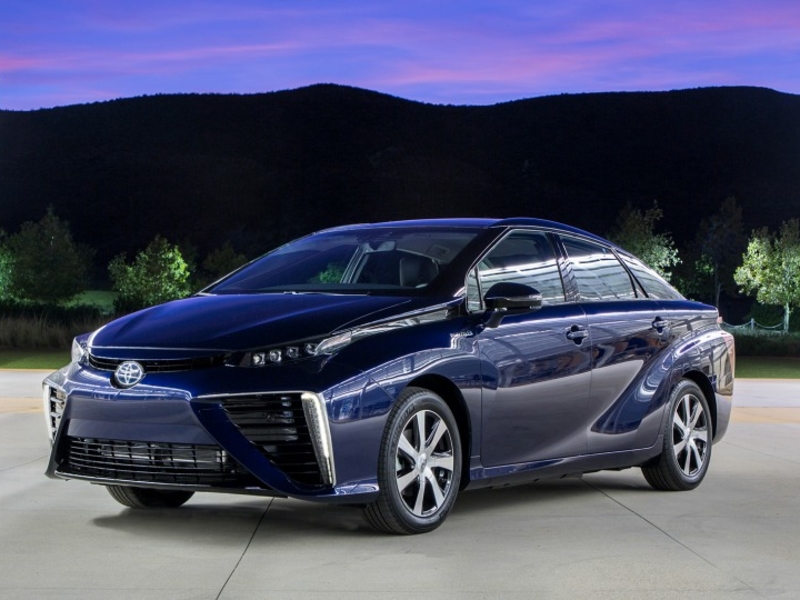 Hydrogen-fuel cell technology has been touted as a best-of-both-worlds mobility solution, combining the short fill-up time and longer range of an internal-combustion engine with zero CO2 emissions.

But it’s been slow to catch on, and the cost of the components is a significant barrier.

Plastic Omnium, which is pursuing a comprehensive fuel-cell strategy that it hopes will pay off with 3 billion euros ($3.6 billion) in revenues by 2030, explained how it will tackle those costs in an online event.

CEO Laurent Favre said Plastic Omnium’s ultimate goal is for the fuel-cell system to cost a total of around 8,000 euros, which would compare favorably to batteries. (Both systems still require electric motors.)

Start with the fuel tank. To fit a usable amount of hydrogen, the lightest gas on earth, in a relatively small tank, it needs to be stored under extremely high pressures, generally 700 bars – or 700 times atmospheric pressure. Hydrogen tanks start out with a plastic core, then are wound with filaments of expensive carbon fiber.

A semi-truck that could run on hydrogen would need about seven of these tanks, which each can provide 100 km of effective range. Passenger cars, with their lighter weight, can get by with one.

Each tank now costs about 2,600 euros, a figure that Plastic Omnium wants to bring down to about 2,000 euros – by substituting another process for filament winding, by possibly eliminating the plastic inner, or even by finding a way to deliver hydrogen under lower pressure.

Put another way, said Marc Perraudin, CEO of Plastic Omnium’s New Energies division, it costs about 500 euros now to store a kilogram of hydrogen. “Down the road, by 2030, we’d like to decrease this to 350 euros,” he said. “That’s the competitive level to reach the global market.”

But that might be the easy part compared with the fuel-cell stack and associated components. Plastic Omnium is aiming for a total cost of 4,000 euros to 6,000 euros for these parts.

One sticking point is the two precious metals used in the cells, platinum (as a catalyst to set off crucial hydrogen and oxygen reactions) and gold (used as a conductor). Alternative metals could lower this cost.

Perraudin said fuel-cell costs are now 300 euros per kilowatt of power, a figure that needs to come down to 50 euros in a decade to be competitive.

The rest of the system is relatively straightforward, with most components able to be adopted from existing uses in battery-electric or internal-combustion drivetrains.

Scale will also be a lever to reduce cost. By 2030, Favre and Plastic Omnium’s top executives say, there will be 2 million fuel-cell vehicles on the road, 1.5 million of them passenger cars and the rest commercial vehicles. There are also huge potential markets in rail transport and off-road uses.

At that point, Plastic Omnium expects to have 15 production lines devoted to fuel-cell and hydrogen storage products.

Plastic Omnium executives are confident in their projections for hydrogen. Right now, the business is still in investment mode, Favre said, but he expects it to break even and generate positive free cash flow by 2025, with “double digit” margins by 2030.

The supplier plans to invest 100 million euros a year to develop, commercialize and industrialize the technology, on top of 200 million euros total in the last five years. Earlier this year it created a separate fuel-cell focused joint venture with ElringKlinger.

Nonetheless, if hydrogen remains an unprofitable niche, Plastic Omnium still has solid order books in its core businesses such as front-end modules, bumpers and conventional fuel systems to fall back on.

Said Favre: “We aren’t betting everything on hydrogen.”

For his 90th birthday, a 4th Corvette
2021 Maserati Levante Trofeo Is Quicker Than The Spec Sheet Suggests
2021 Land Rover Discovery Sport
This Scion FR-S Clearly Wishes It Was A Lexus LFA Instead
You can now buy a Porsche Taycan in the US for under $80,000