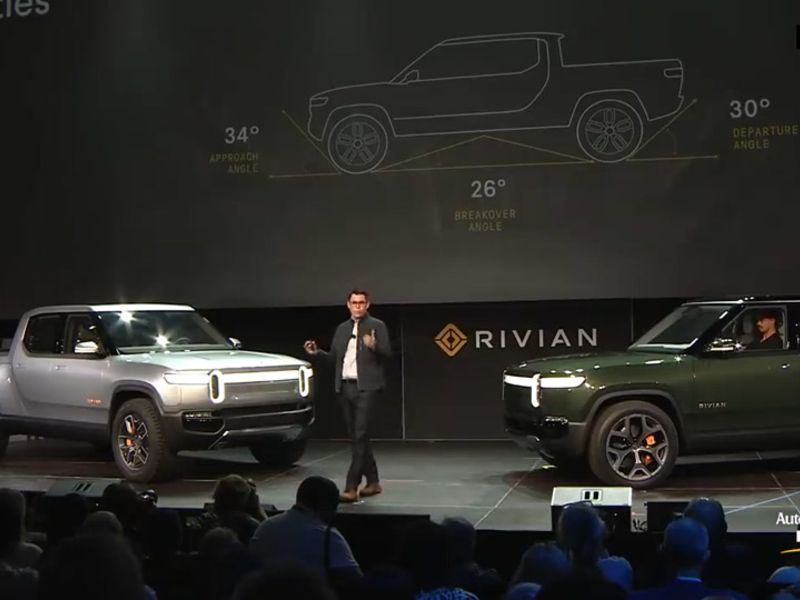 Electric vehicle startup Rivian has raised $2.65 billion in a new round of financing. The cash injection comes at a time when the company’s expenditures are increasing in the run-up to the start of production.

Not only is Rivian working to deliver its first vehicle, the R1T electric pickup, to customers by early June, but two other capital-intensive programs also are underway. Rivian is building a network of charging stations throughout the country. And CEO RJ Scaringe told Automotive News Publisher Jason Stein in November that the company plans to have 41 brick-and-mortar service centers open before its first vehicles are delivered.

“In addition to those service centers, we’re building a very robust network of mobile service [providers] that will come to you, your business or your home,” Scaringe said on Automotive News’ Daily Drive podcast.

In a statement Tuesday, Rivian said the round was led by T. Rowe Price Associates and included Fidelity Management and Research Co., Amazon’s Climate Pledge Fund, Coatue and D1 Capital Partners, as well as several other existing and new investors.

Since 2019, Rivian has raised $8 billion. Ford Motor Co. and Cox Automotive are two of its earlier investors.

Rivian has three vehicles planned: the R1T, with the $75,000 Launch Edition entering the market first and a $67,500 trim coming later; the $77,500 R1S electric SUV; and an electric delivery van for Amazon. The R1S is slated to arrive later this year, with a less expensive model coming, probably in 2022. Rivian has promised to start deliveries of the Amazon van next year. Amazon has ordered 100,000 of the vehicles, making it the industry’s largest order of electric delivery vans to date.